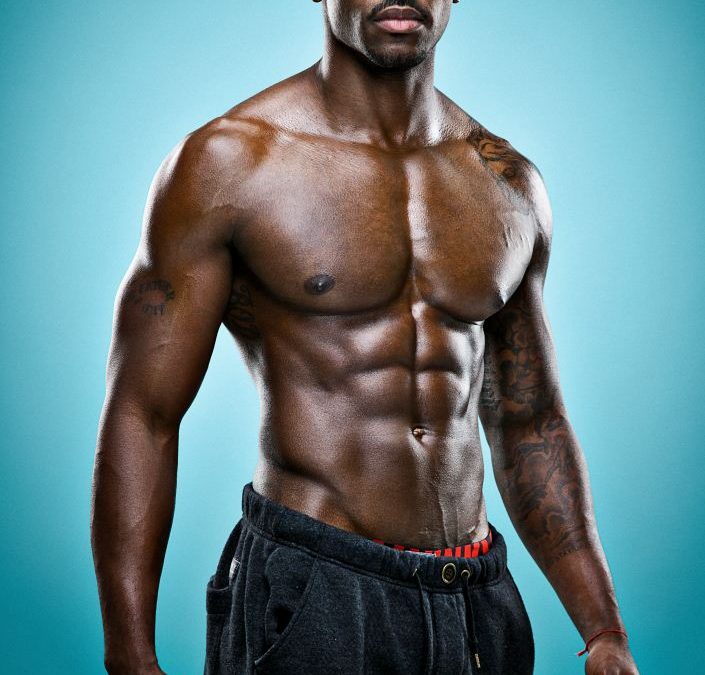 Dolvett Quince is 38 years old from Stamford, Connecticut and has been a personal trainer for over twelve years. Quince resides in both Atlanta, Georgia and Los Angeles, California, which gives him access to a celebrity clientele. Some of his notable celebrity clients are Justin Bieber, Janet Jackson, Q100 host Bert Weiss, Boris Kodjoe, and Nicole Ari Parker. At first, Dolvett Quince was only known as a person who trained a few A-list celebrities, instead of being known as a reality trainer who built an Atlanta Fitness empire out of nothing.

Dolvett Quince grew up with three siblings in foster care in Connecticut. He was adopted by a Jamaican couple who insisted on keeping all the children together. The difficult childhood he had gave Quince the drive and strength to attempt to change lives, which lead him to launch a workout studio in Atlanta, called Body Sculptor, Inc. He even is the creator of the renowned “Me and My Chair: The no Excuses Workout” DVD. Over the years, he has felt that he has been more than a trainer, but a friend, he has become a life coach as well for his clients. Quince helped his own brother lose more than 150 pounds and another client lose 325 pounds in one year.

Quince applied to be a trainer on the hit reality show, The Biggest Loser. This show helps morbidly obese men and woman lose as much weight as possible in eleven weeks along with a chance to win $250,000. So many people interviewed to be the trainer, yet they picked him. He worked extremely hard to be in that position and was really excited. Quince wanted to be on this show because it is about helping people transform their lives, which is something he has always done, but now he could just do it on a much bigger scale. He was also confident in his skills and that he would stay true to being himself as a trainer on the show.

One of Dolvett Quince’s proudest accomplishments is what introduced him into helping obese clients. Six years ago, Quince came across a man who was desperate for help. This client was so obese he could not play with his son and suffered from sleep apnea. Unfortunately, no gym wanted to the risk of taking him on as a client and the man was left without any hope to get help with his weight. Quince felt that was wrong, everyone should be able to get help if they struggle with their weight. Therefore, he got a doctor and nutritionist to form a power team to assist this client in losing weight without risking his life medically. This was Quince’s first obese client and had concerns about the client’s mental and emotional stamina through this long grueling process. In the end, Dolvett Quince assisted in making this client a new man, he invented a new confident person. As a team, they did it together, not just the client alone. Quince believes that if you tell yourself you can do something, than you can, push no matter what. The client told Quince he saved his life and his family.

On the show, The Biggest Loser, Dolvett Quince became friends with the contestants, which helped him connect with them better. They had similar stories to his about facing demons and dealing with issues, having learned how to overcome them, thus it was easy for him to build a rapport with others. Dolvett Quince feels he can change lives one rep at a time and encourage the viewers and contestant to find inner strength.

Many people who aspire to be a successful celebrity trainer or a reality television trainer can also look to Jillian Michaels career for guidance. Jillian Michaels, born is a health and wellness expert who inspires people to change their way of life. Michaels is a personal trainer who gained recognition due to her role on NBC’s reality show, The Biggest Loser as well. Michaels has become quite popular as a reality show personality, has been on talk shows, and has become an entrepreneur.

In her early life, Jillian Michaels struggled with her own weight loss as a child and was often picked on when she was in school. In 2002, when Jillian Michaels was 28 years old, she opened her own gym, Sky Sports and Spa with her partner, Jackie Warner. Michaels’s success on these shows helped her to create a fitness and health empire. Michaels has written five books, and has a variety of workout DVD’s, which can be purchased all over, along with being available on her website. Michaels even created a fitness video game for the Nintendo Wii. To add to her empire, Michaels also partnered with ICON Health & Fitness on creating in-home gym equipment and with K-Swiss on footwear and sportswear. For the tech savvy people, Michaels also has iPhone apps and podcasts that can be downloaded. By branching out into all these different venues, Michaels has taken over the fitness world and moved herself to the forefront.

All of these trainers have started out small and worked their way up to the celebrity status. They have all stuck to their roots and push their clients to achieve what they strive for. They also all explain how they are transforming people’s lives, not just pushing someone to lose weight. Each trainer truly cares about making a difference in a person’s life; as a result they live a better, healthier, and happy life.

Many personal trainers out there want to move up in their careers and become trainers for A-list celebrities, become famous trainers, or be on reality television as a trainer. Some ways to get this dream started is by applying for jobs at high end gyms in big cities – Los Angeles, New York, Chicago, Boston, Dallas, and Atlanta. Some gyms that are reputable are Equinox and LA Sports Clubs. In addition, many of these cities have a sports team facility in the area with athletes who could become potential clients. If you see a celebrity at a fitness facility, offer them a few tips when you pass by. This will build a rapport with a potential client. Whether it is a celebrity or not the most important thing is for a trainer to have a great rapport with their clients. Another thing to do is contact a rep, manager, or publicist for the celebrity and submit all your credentials along with ten free sessions. The celebrities will have very busy schedules, so you must be flexible and available when it is best for them. By using these tips, along with mirroring the actions of people like Dolvett Quince and Jillian Michaels, becoming a thriving celebrity reality trainer can happen if you strive for it. Along with this knowledge, there is also celebrity personal training branding programs available online to help someone accomplish their goals. These sites give expert advice on how to work with media, photography, create an image, and use technology as an asset. A trainer that wants to help transform people’s lives is the key component in having a booming career as a celebrity trainer or reality star trainer.