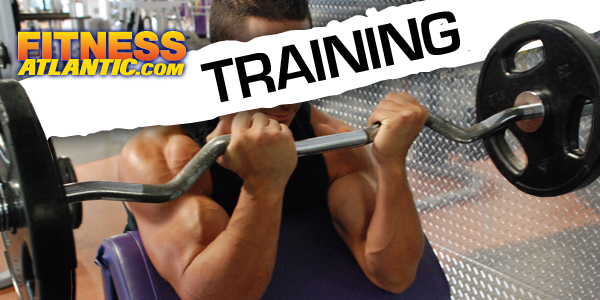 No more cardio? Well, not quite—but if you train with weights correctly, you won’t need to visit that boring treadmill quite as often to keep your abs sharp.

And I’m not talking about interval cardio, although the weight-training method I’ve been preaching has an HIIT feel to it. That’s the F4X method, (featured in Old School New Body) which is moderate-weight, high-fatigue training with short rests between sets. It burns more fat and pumps up your muscles like crazy too. Here’s the drill:

You take a weight with which you can get 15 reps, but you only do 10; rest 30 seconds, then do it again—and so on for four sets. On the fourth set, you go to failure, and if you get 10 reps, you increase the weight on the exercise at your next workout. Notice how those sets are like intervals with short breaks between—you can even pace between sets to burn extra calories, but there’s more.

Fat-burning pathway 1: While that training style does great things for muscle growth, via myofibrillar and sarcoplasmic expansion, you also get loads of muscle burn. That lactic acid pooling has a spiking effect on your growth hormone output—and GH is a potent fat burner. Fire up muscle burning to get your GH churning. (GH also amplifies other anabolic hormones, so it effects both muscle and rippedness.)

Fat-burning pathway 2: If you do the reps correctly on every set, you’ll also get myofibrillar trauma. The myofibrils are the force-generating strands in muscle fibers. By “damaging” them with slower, controlled negative strokes, you force the need for extra energy during recovery. In other words, your body runs hotter while you’re out of the gym as it revs to repair the microtears.

To attain that extra fat-burning trauma, use one-second positives and three-second negatives on all 10 reps of all four sets. On a bench press that’s one second up and three seconds down. It’s the slow lowering that will produce the metabolic momentum after your workout. (That rep speed will also give you 40 seconds of tension time on every set, an ideal hypertrophic TUT.)

Fat-burning pathway 3: Now if you really want to get some blubber-busting microtrauma, try your last set of a F4X sequence in X-centric style. That’s one-second positives and six-second negatives. You may have to reduce the weight, but it will be worth it. Try for eight of those, 56 seconds of tension time, and you should feel the results the next day. Your muscles will be aching, but it’s a good indication that fat is baking.

F4X for a GH surge, slower negatives for fat-burning micro trauma and X-centric for even more time under tension and fat extinction. It all adds up to faster leanness with less meanness—because you’ll need less cardio. Prepare for acid-etched abs! Yes!! Even as you age this system works, in fact it is the closest thing we have to the fountain of youth.

Stay tuned, train smart and be Built for Life.